Hello, my Name is Jamie, and I'm a Recovering Triathlete

Triathlon and I have broken it off. We're through. I'm keeping all of triathlon's stuff, though. Maybe, with some time and space, we'll become friends again. But our relationship is at its end.

By the way, it wasn't me; it was triathlon. Triathlon was fun and easy-going when we first met, but over time it became high maintenance. It took itself too seriously. It was kind of a jerk. I'm done with it. I've got a new sport in my life, though. It's less demanding of my time, and doesn't take itself as seriously.

Yes, friends. I've broken up with triathlon and am focusing exclusively on cycling.

I've been planning an exodus from triathlon for at least a year. I figured, after doing an Ironman, I'd either be addicted to full distance or be done with triathlon. I was looking forward to finding a new challenge. The choice came down to cycling or rugby (exclusively as a referee, though; I don't need any more head injuries). I've decided to remain on the sidelines (as a fan and occasional touch judge) regarding rugby, mostly because my local women's rugby team practices from 8:30-10:30 p.m. and I have to be at work no later than 6 a.m.

So I set about finding a cycling team that would suit me. There were several to choose from in the D.C. Metro, but I found myself most comfortable in the company of Veloworks-Spokes Etc. I'll be riding with them as a Cat. 4 woman. I think they have a great team philosophy (primarily "Don't be an asshole."); there are enough women to do cool things in races without having so many that you can't know each other really well; they're serious about training without taking themselves too seriously; and I really like the people on the team!

I've never focused exclusively on cycling before. If anything, I've de-emphasized cycling in my triathlon training, because it's my strongest sport. I'm excited to see what I can do by training exclusively as a cyclist. Maybe I have pro-caliber talent as a cyclist! But probably not. Probably I'm average, or slightly above. But I'm excited to find it out, and to do it in the company of a cool team.

No comments:
Email ThisBlogThis!Share to TwitterShare to FacebookShare to Pinterest
Labels: cycling, VWS

I've gone back and forth on the utility of strength training during my athletic career, mostly based on how much I dislike it as an activity at the time. When I was in college, weight lifting was the only exercise I ever did, other than a short warm up on the bike beforehand. I don't know how I got the idea in my head that I was a weightlifter. Maybe it was because I'm naturally muscular, but I suspect that it was because I was chubby and out-of-shape. I assumed that I was a natural sprinter. I hear this all the time from people who never work out: "I'm just naturally a sprinter." I always think, "How do you know, if you've never worked out?" But I don't say it.

When I first started triathlon, I lifted all the time. Then I started working at a gym 10-15 hours a day, and I had plenty of downtime between sessions to lift. I thought it was important, and that it would make me a better athlete (because I liked it and wanted to do it, not because of any empirical evidence, although there is some out there). As I've gotten older (and had better things to do) and done longer distances (necessitating more time swimming, biking, and running), I've prioritized strength training less and less and less . . . until it's become a little joke among my co-workers ("What?! Jamie is actually lifting?!") And after 8 years as a personal trainer, I'm less gung-ho about how valuable weight lifting is for endurance athletes. There's plenty of evidence that strength training makes better athletes, but there are just as many coaches and researchers who question those findings.

The question of whether or not to weight train comes up once or twice a year on the Slowtwitch discussion boards, hotly debated between the athletes who swear by weight training and those who think it's a horrible waste of time and makes you a stupid, gullible, Gatorade-guzzling tool (which is why I mostly stay away from Slowtwitch's forums).

This year I am leaving the world of triathlon for criteriums, road races, and (most importantly!) cyclocross. I've found a team that I like (more on that later), and have taken the "Swim" and "Run" columns out of my annual training plan. As a result, I have this weird free time thing, and I don't know what to do with myself. It feels strange only doing one workout in one sport every day . . . so I'm making a concerted effort to do more strength training this year. Since I'm such a generous person, I'm sharing my base phase strength routine here with you (actually, I just want other people to suffer as much as I have been). There's nothing magical about this routine. It addresses some of my personal weak areas, but mostly it's designed as a high-intensity workout to help me lose the 8 lbs. I've gained since September. There are shortcomings to this workout, too: it stays mostly in one plane of movement; it focuses on large, compound movements in the same muscle groups to the detriment of corrective exercise; it has traditional sit-ups (which have fallen far out of favor). But I like these exercises, and I'll actually do them. For me, that trumps the disadvantages. Maybe they work for you, too.

This isn't a great routine if you're new to strength training, or to working out in general. Find another program if that's you. There are high-risk movements in this routine: the sit-ups, the overhead lunges, the atomic push-ups, and the thrusters all have the potential to mess up your back if you don't know how to do them correctly. Consult a doctor before you start a new exercise regimen, and work with a trainer (or at the very least a knowledgable friend) if you don't know what you're doing. Disclaimers aside, I hope this routine helps you.

Circuit A (20 reps each for time)
1-leg squats
Push-ups
Sit-ups
Burpees over bar
Back extensions
Pull-ups (I can't do 20; do as many as you can)
1:30 rest, then repeat 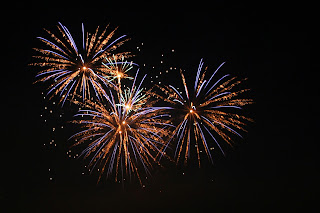 Every year at about this time, I offer a special discount to help get you started on your way to your goals for the New Year (or your New Year's resolutions, if you're into that kind of thing). This year, I'm once again offering a 10% discount on all cycling workout purchases. To get the discount, decide which workouts you'd like using my online storefront or the spinning catalogue and order form on my website, then enter the code JAN2016 in the coupon code field at checkout.