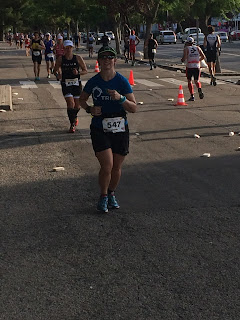 --------
*5:00:29 is a new marathon PR for me!
**I expect this will not include giving birth. Pushing humans out through your genitals is definitely harder than an Ironman. And more painful.
Email ThisBlogThis!Share to TwitterShare to FacebookShare to Pinterest
Labels: ironman, race, race report