I was going to do a top ten list, full of reasons why those of you who (for some reason or another) haven't joined us crazies in the swimming, biking, and running. FYI, the reasons included lycra and the fact that triathlon doesn't hurt nearly as bad as cyclocross.

But, after a little bit of thought, I realized that my primary testimonial for trying triathlon is way less tongue-in-cheek and way more visual. These aren't the only two reasons you should begin preparing (right now!) for a multisport event, but they're good ones.

What are those two good reasons? 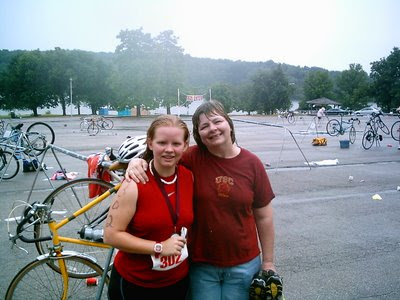 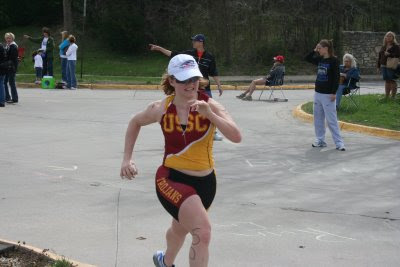 And from where I stand, that's reason enough.
Email ThisBlogThis!Share to TwitterShare to FacebookShare to Pinterest
Labels: beginner, goals, improvement, motivation, weight loss