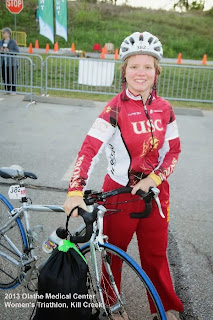 I'll probably do this race again, although not next year--I have my eyes set on a different race for September 2014. But I'll have to tell you more about that later.
Email ThisBlogThis!Share to TwitterShare to FacebookShare to Pinterest
Labels: race, race report