Last weekend, I got in some miles and mountains with my new team: the ladies of SunPower Racing/Alto Velo Racing Team!

The team met up in Sonoma, which is beautiful but also mountainous. We rode hard together on Saturday and had the chance to practice some group riding skills, then practiced individual skills and drills on Sunday. Staying in the same house with the group gave me a chance to get to know everyone. I really like them! I'm excited to start racing with them at the Turlock Lake Road Race next weekend.

But you'll notice that the kits are white and blue. I've spent the past three years with team kit that matched my bike! Does that mean it's time to buy a new bike? I think it might. One really shouldn't be riding around all mismatched like that.
3 comments:
Email ThisBlogThis!Share to TwitterShare to FacebookShare to Pinterest
Labels: alto velo, cycling, sunpower 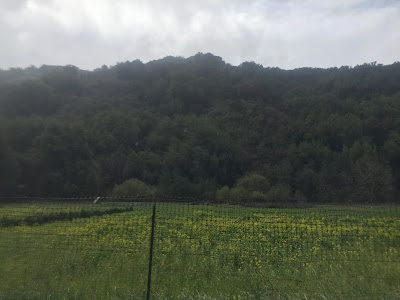 I think, relatively, that I haven't moved around all that much. But I have had four significant moves in the last 10 years, so I've had a little practice with the process. Mostly, I don't like it. Packing everything up, sorting through the stuff you naturally accumulate from living in a place for a few years, getting frustrated with packing and giving a bunch away or throwing it out or just leaving it behind, then regretting it a few months later when you inevitably need that exact thing . . . finding a new place to live, and setting it up so it feels like home and not some stranger's house . . . making new friends and connections, finding a doctor, a dentist, a piano tuner . . . figuring out which grocery store is going to be your grocery store . . . in general, I do not like moving and would be quite happy never to do it again.

Still, something about moving that I enjoy, something that I've just picked up on this time: finding my way around on a bike. At first, I went on a few group rides and had no clue where I was; I couldn't get dropped because I wouldn't know where I was (there's still plenty of that, actually)! And I've already written about getting turned around on a bike ride. But on a ride last week, I suddenly realized that I knew exactly where I was, and knew what was coming up next. It's strange how quickly, and without really noticing it, these landmarks and . . . how should I say, the feel of a place sticks in your brain. Without trying, I've acquired a certain sense of where I am, and how to get around.

I'm sure there will still be plenty getting lost--after all, the Bay Area is huge, and there are major parts of it I haven't even considered exploring yet! But it's starting to feel like my area, like I belong here and know a little bit about how to get around.
No comments:
Email ThisBlogThis!Share to TwitterShare to FacebookShare to Pinterest
Labels: cycling, reflection
Newer Posts Older Posts Home
Subscribe to: Posts (Atom)