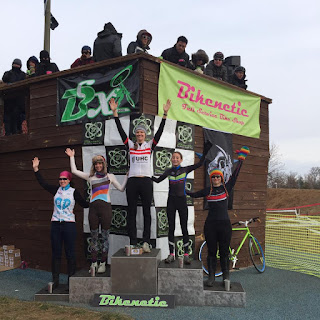 Now it's time to build some base for the road season!
Email ThisBlogThis!Share to TwitterShare to FacebookShare to Pinterest
Labels: cycling, cyclocross, podium, race, race report